After splitting from from Sam and Justin I set off for a loop of the Yucatan peninsula. Heading north, I worked up to the colonial sea side town of Campeche. I began the hotel search and the first place I stopped had no parking. I came back to the bike and met Mike who is doing a winter in Mexico on his KLR. He decided to ditch the Canadian cold this year – not a bad idea! So, this makes number number 8 (I think) on the “bikers I’ve met in Mexico” list. Mike showed me to his hotel where I rode the bike up the front stairs and into the lobby for secure parking. 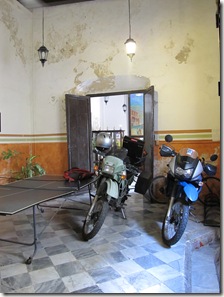 Campeche is a nice city that was once surrounded by walls after being attacked by pirates in the 1600’s, YARRR! There’s a great sea side walking/biking path and a colorful city center. 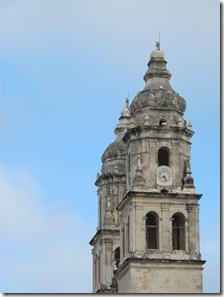 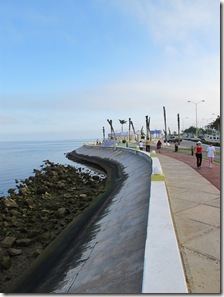 In Merida, I went for a walk to the Zocolo (Center square – every city has one). I sat down on a bench and watched all the old folks dance the night away (this goes down every Sunday night). A woman walks over, smiles and sits down next to me. She says hola and asks if I speak Spanish. After the small talk (the night is beautiful, nice weather, pretty city), she asks what hotel I’m staying at. No big deal, Mexican’s are friendly and I’m often approached on the street for a chat. She asks what I do for work and I ask her the same (she’s a masseuse). She asks if I’m married and I ask her the same (she’s not). Then she asks if I want to get a drink. No thanks, I say. Eventually she asks if I want a massage and it hits me that she’s not interested in chit-chat… she’s a prostitute! Although I’m tempted to ask how much (for curiosity’s sake), I respectfully decline. After a few minutes of “accidentally” poking my arm she asks again. No thanks, I say and she says goodnight and walks away. I go back to watching the old folks dance. A nice relaxing evening. 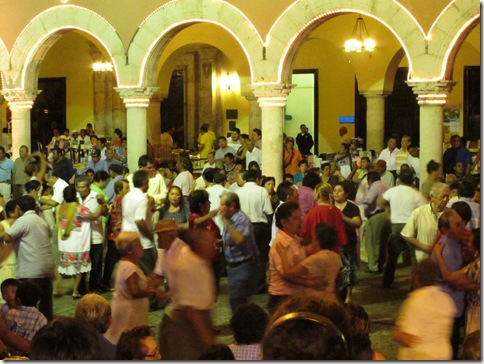 Valladolid is next on the list. An uninteresting city that has a cenote (cave) not far from the city center. I go for a look and the girl at the gate asks for the $15 peso entry fee. I tell her all I have is a credit card (even though I have cash). She says she can’t accept it. I smile and and ask if it’s ok to go for free, just this one time. She agrees and I save $1.25 USD – Hey, I got a long way to go on this trip and money doesn’t grow on trees! 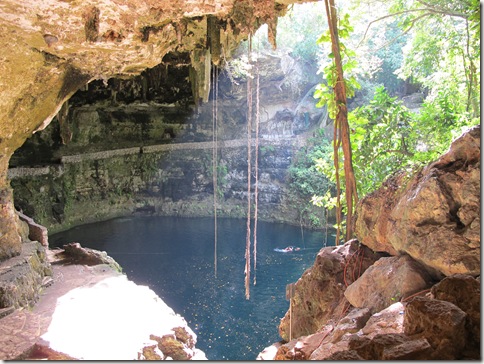 The cenote is amazing and beautiful and has been extensively manicured by concrete workers to make it a thorough tourist trap. Nevertheless, it’s quite a magnificent feature.

On the road again and I’m headed to Cancun. YIKES! There’s English everywhere and the beach strip is shoulder to shoulder with 5-star resorts. It’s WAY too pricey for me. I stop to make a sandwich at the only stretch of open beach. What a beautiful view. 3 different guys selling soda/juice/ice cream/fruit/chips/etc ask me about the bike and my trip. They’re always amazed and friendly. I have to say, the people of Mexico are genuinely friendly and a pleasure to talk to. I ask one fella to take my picture to capture my “Cancun vacation” and I’m back on the bike and going to Playa del Carmen. 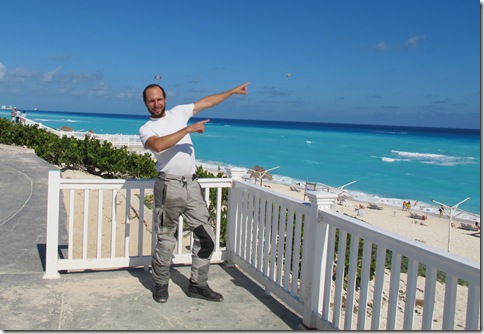 Playa is a much less expensive city and the beaches are lined with only small 3-star hotels. My first order of business is to jump in the ocean – awww refreshing! But there are way too many Europeans. I walk a few blocks from the beach, the fancy tourism stops and a real Mexican city emerges. Yes, this is the type of place I like. Deliciously cheap restaurants, friendly folks, and pleasant mariachi music fill the streets. 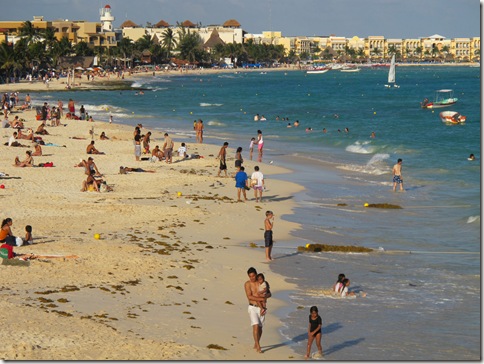 After 3 days in Playa I continued south along the coast for Tulum. I met Jean-Charles from CouchSurfing and am staying at his place along with a German couple. JC has great advice: BE HAPPY! 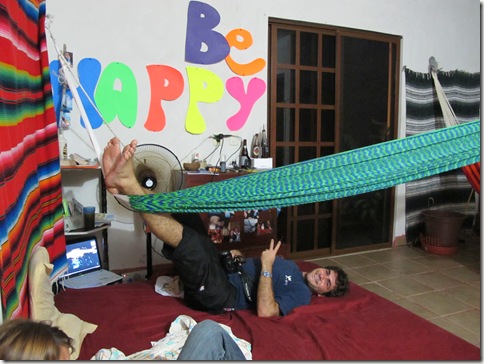 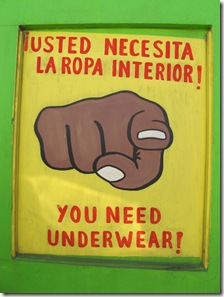 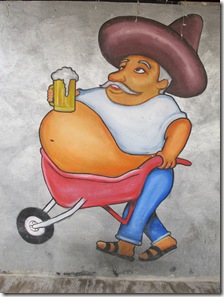 Some off roading along the coast was spectacular too as the road went into the bio-reserve. What’s this, a 25 pesos entrance fee??? But I only have credit card *wink wink*. Oh, It’s ok to go for free just this one time? Thanks! Braaaapppppp!!! 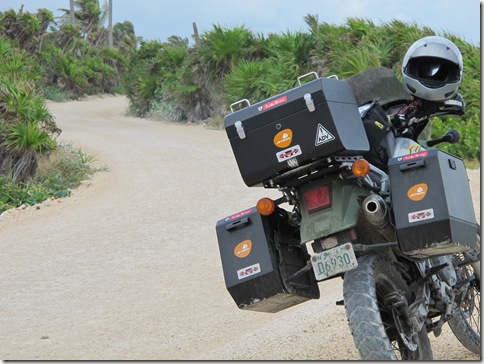 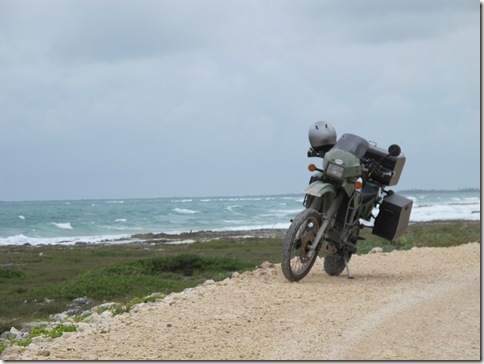 I met another biker (I can’t hardly believe that Mark is the ninth biker I’ve met in Mexico)! He flew from England to Anchorage, Alaska and rode up to Prudhoe Bay (the top of Alaska) and is working his way down to Tierra del Fuego and then to Africa. Amazing.

Good news, with some 11th hour clutch mechanics, Charles has left Colorado and is on the road!!!

I’m leaving Tulum in the morning and headed south along the coast. Stay tuned!