Nature was calling me that afternoon. Luckily for me this gas station had a public toilet. Hey, beggars can’t be choosers. 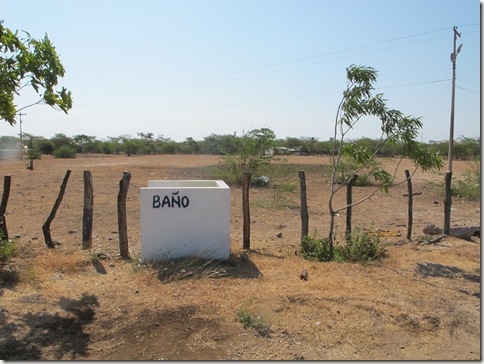 The road climbed and climbed as we made our way to Bogota. We’re in the mountains of Colombia now. The roads wind through the mountains and the motorcycling becomes fun.  One one pass we’re over 11,000 feet from sea level and the carbureted bikes are lacking power.

Charles is a significantly better rider than myself. He flies through the twisties with ease. I’m getting smoother as he teaches me some riding technique but there’s still no way I can keep up with him. While I stress and focus to make this turn in control at speed, Charles rides leisurely one handed and takes a photo of me. (Ben is being modest.  He has greatly improved in only the few thousand miles we have ridden together, but he’s still just too intimidated by the overwhelming 34 hp of the KLR:) –Charles) (And dragging the center stand in every corner, and bottoming out the suspension).

You see, Charles comes from a background of racing sport bikes and doing things like this at 170 mph.

I on the other hand have a motorcycle background more like this.

Nevertheless we have fun flowing through the switchbacks. We routinely pass trucks on the left and on the right. The trucks often go into the opposite lane when making turns and this can be scary when we’re going fast through a corner and find a truck in our lane. Here’s a grim reminder of what can happen on these roads. Never let your guard down…

The beautiful scenery continues as we make our way to the city. 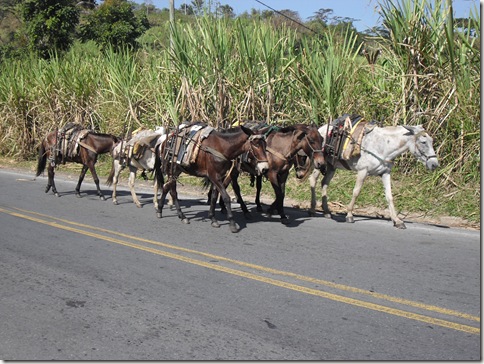 Unfortunately, there’s no picture for this next one… I hit a bird today! Not just any little swallow. This was a bulky hawk of sorts. It came swooping down into the road in front of me, changed course, and nailed my left mirror and my left shoulder. This sucker was heavy and he clung onto me. What, did he think I was lunch!?!? Taken by surprise, I batted him away and he got stuck in my pannier before he finally fell out. Poor guy probably ended his life. Man was that crazy… Charles could hardly believe it as he was riding only a few meters behind me. (Completely unconcerned for Ben’s well-being I almost crash while trying to take a picture of the hawks talons in Ben’s jacket and control my laughter.  Who kills a hawk with a motorcycle? –Charles)

We arrived at the Bogota city limits and after getting lost and stuck in bumper to bumper traffic for the next 2 hours we finally managed to find a hotel in La Candelaria section.

The next morning was Sunday and all the museums were free to the public. Perfect, we walked the city hitting up the Museo del Oro (Gold Museum) and the Museo Nacional. The Gold Museum was magnificent with plaques in both Spanish and English. A very well put together exhibit with some amazing pieces. 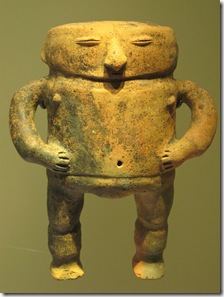 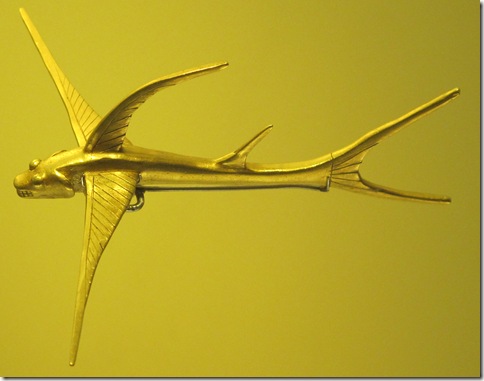 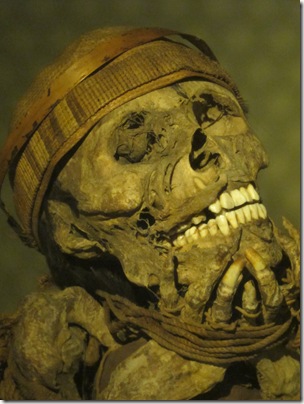 We also took the funicular up to Cerro de Monseratte – the church atop the mountain overlooking Bogota. The views were spectacular. 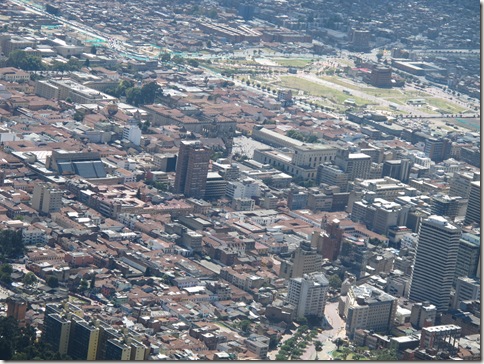 The church is filled with plaques of prayers and thanks.

Walking by the Plaza del Toros (Bullfighting ring) there were a group of students protesting for animal rights and a group of police in riot gear to keep order. 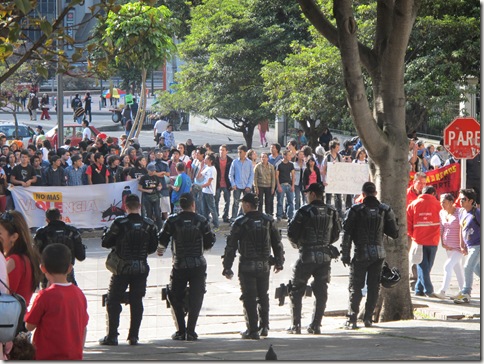 Charles just finished law school and plans to be a prosecutor in the Colorado upon returning home. He’s studied the legal system of other nations and was interested in seeing the court in Colombia. With our poor Spanish we managed to find the court and sit in on a session. Charles tells me it was quite different from the USA system.  In 1985 guerrillas took over the government building and killed all 9 of the supreme court justices. This country has beautiful landscape and truly kind people but it’s not so distant past was very harsh.

(For my legally privy friends I think we saw an appellate argument on a criminal case in their Supreme Constitutional Court. Unlike the engaged justices and judges in the US appeals system these Juez’s seemed willing to rest their judgments on the briefs alone.  There were 9 seats but no more than 5 in the court at any one time.  They would rotate in as they pleased, drink coffee or espresso served by the court waitress, and then wander out again when they became bored or forgot where they were.  One attorney had to endure over an hour of questioning from the chief justice during his argument.    -Charles)

My favorite piece of Bogota was the Botero Museum. Botero was a Colombian artist in the 20th century who was made famous for his paintings and sculptures of “Gordos” (fat people). I know you Tinas and Fatty Patty will enjoy these next photos. 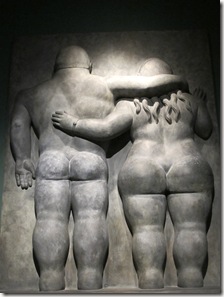 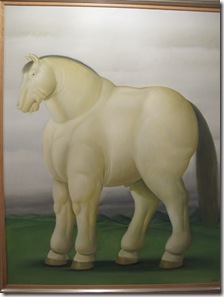 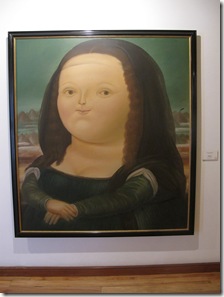 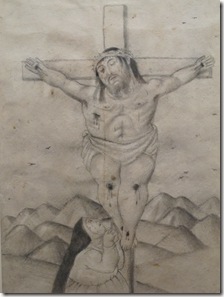 The museum also hosted some works from Pablo Picaso. 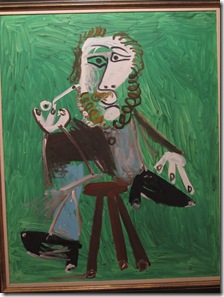 On our last day in Bogota, we rode up to Zipaquira to see the famous Salt Cathedral. The mountain is an active salt mine and has been used since pre-Colombian times. The $8 ticket comes with an English tour. The tour focused mostly on the dozen religious monuments built inside including "the tallest underground cross in the world.” Interesting title… It got me thinking, maybe I can set a world record for something obscure. Underwater pogo-stick jumping record, most blinks in 2 minutes, most smuggled budgies north of the Arctic Circle. Any other ideas?

Nevertheless the Salt Cathedral was quite an engineering marvel. The massive auditoriums built well underneath the earth’s surface were quite spectacular. And the 3D movie at the end was quite entertaining if not very 1990.

We also learned that the Colombian race track, Tocancipa, was just 20 minutes down the road from the Salt Cathedral. A short driver later we arrived at the track to find the US Marshals doing driver training with the Colombian military. They let us go for a lap around the track. Charles races on tracks like this at home but this was my first time. Very cool!